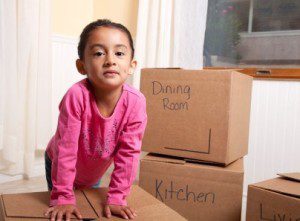 This is the first post in my new series on how Las Vegas fathers can deal with situations where one of the parents wishes to move outside of Nevada. This is a situation that comes up quite often due to the transient nature of Las Vegas. Many people are not from our city and there may come a time where one wishes to move away, either for work purposes or to be closer to family members. Recent clarifications from the Nevada Supreme Court, as well as the frequency with which these cases come up, prompted me to write this series.

Southern Nevada dads face a variety of issues in child relocation cases. Some of these issues include:

Each of these situations create separate legal issues that a dad must deal with. Over my next several posts I will discuss the Nevada Supreme Court’s recent decision in Druckman v. Ruscitti, which clarified how a Court is to proceed when a parent has moved away before a child custody has been issued. I will also discuss the types of facts and evidence, as well as the applicable law, that a father faces when the mother is moving away and how the father can best structure an argument to prevent the move. Finally, I will devote several posts to how a father should proceed if he wishes to relocate outside of Nevada with his child.

The relocation of a child is trying for both parents and can be trying on the child. To make matters worse, it can be very damaging if you apply for a job, and accept the position, only to be told that you cannot move to where the job is located. Proceeding with your case in the correct manner can simplify your life dramatically. Contact me today if you require the assistance of a Las Vegas attorney in a child relocation matter.