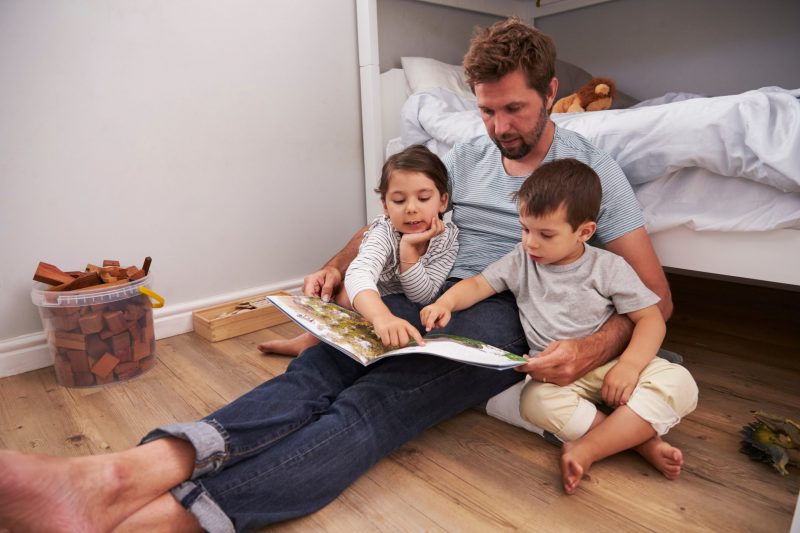 This is the next post in my series on the rights of unmarried Nevada fathers. My previous article provided an overview of the issues which this series will be addressing. It also stressed the need to speak with an attorney if you are involved in a child custody dispute. It is important that you speak with counsel immediately in order to ensure that your rights remain protected. In this post, I will explain how Nevada views the rights of an unmarried father as a general matter. If you need assistance then contact my office to speak with a lawyer.

It is very common for people to believe that a woman will have all of the rights to her child, and that it is very difficult to exercise parental rights as an unmarried man. This is not true. The legal system in Nevada believes that both mom and dad should have equal rights when it comes to their child(ren). If the child’s parents are unmarried, however, the man must first establish that he is in fact the father. Parentage is typically established at birth when both parents sign the “Voluntary Declaration of Paternity.” If this was not signed at the time of the child’s birth, parents can sign the form together in person at the Office of Vital Records.

If the Voluntary Declaration of Paternity is not signed, an unwed father does not have any rights to custody, visitation, etc., until paternity is established. This can be done through the legal process. A judge can declare a man the legal father of a child after a paternity test and subsequent court hearing or by the entry of a default order. To begin a case you first must file a complaint with the court and serve it on the opposing party so they are aware of the lawsuit. A Motion will be filed with the Court requesting an initial hearing and a paternity test. A subsequent hearing will be held and, if the man is determined to be the father, the Court will likely issue a temporary visitation order, set temporary child support, and schedule a trial. The parties will then go through a process of discovery, where information is exchanged in regards to witnesses and evidence they will present at trial. At trial, each side will have the opportunity to present their case in front of the judge.

After a trial, the Judge will issue a permanent order regarding custody, visitation, support, etc. The Judge will also decide on the issue of back child support and any other outstanding matters. The case will then be closed.

Once paternity is established, the baseline presumption in Nevada is that parents should share joint custody. Under our state’s laws, a joint custody arrangement will result in each parent having the child no less than forty percent of the time. This means that the court will begin each case with the belief that both mom and dad should have the child forty percent of the time. The court will vary from this presumption, however, if it is shown that such an arrangement would not be in the best interest of the child.

There are many factors that may contribute to a judge’s decision about what is in the child’s best interest. A few of these include the mental and physical health of mom and dad, and the child’s health and needs, as well as their relationship to each parent. If these factors show that the child’s best interest is served by awarding custody to one parent, then they will have “primary custody.” The non-custodial parent can still receive visitation, but will have the child less than forty percent of the time. The non-custodial parent will also be ordered to pay the custodial parent child support. This is to ensure that both parties are contributing financially to their child’s material needs.

Establishing paternity and custody can involve complex legal issues. It is strongly suggested that you retain an attorney who is experienced in handling such matters. I am a Las Vegas fathers’ rights lawyer who practices exclusively in the area of domestic relations law. Contact my office today to schedule an initial consultation.