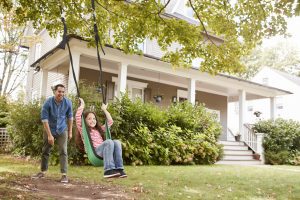 This is the next post in my series on the rights of fathers who have never been married to the child’s mother. My last article discussed how Nevada views the rights of a father and a mother as being equal. Under the law of our state, a Clark County Family Court Judge is not permitted to show preference, for one parent, on the basis of gender. Instead, the Court must focus on what is in the child’s best interests. If you are involved in a dispute then it is important that you speak with an attorney. In this article, I will discuss another important topic – the need for a Las Vegas father to establish child custody as soon as possible. Call my office today to speak with a lawyer in regards to doing so.

There are two primary reasons why an unwed father should immediately obtain an order for child custody. I will discuss each of these in turn.

It is common for unwed parents to adhere to an informal custody and visitation schedule when they lack a court order. It is also not uncommon for parents to stick with such an informal arrangement for several years. Sticking with such an arrangement can be detrimental to a father who is, in fact, unhappy with the situation. Under NRS 125C.0035(4)(h), Courts making a child custody determination, will consider the historical relationship between the parent and each child. This means that if a father is unhappy with the “status quo” then he must realize that the longer he allows the situation to remain in place then the more likely the Court is to find it acceptable.

There is good reason for the Court to prefer that the status quo arrangement remain in place. Say, for example, that parents have spent the last several years employing a schedule where the mother has the child Monday through Friday, with the father having weekends. Now say that the father suddenly claims that such an arrangement is not in the child’s best interests. The Court, for good reason, would question why the father did not raise the issue earlier. Waiting to raise the issue would either suggest that the father was allowing his child to remain in a bad situation or that the father’s argument is disingenuous.

If an unmarried dad is happy with his current situation then it is still generally in his best interests to obtain a custody order. This is due to the fact that Nevada considers the rights of unmarried parents to be equal. This means, for example, that a parent cannot enforce any type of visitation schedule without a court order. Say that a mom and dad have been employing a one-week on, one-week off schedule. Now say that at the end of her one week, the mother refuses to return the child. The father would have no recourse, would not be able to enforce the traditional schedule, and would have no ability to enlist law enforcement to gain the child’s return. In other words, an informal agreement between the parents is not enforceable.

If you are happy with your current situation then it is possible to ensure that it stays preserved. By entering into a stipulated child custody order, a dad can make their current arrangement enforceable.

As a Las Vegas fathers’ rights lawyer, I regularly helps dads who have never been married to the mother of their child. Contact my office today to speak with an attorney.