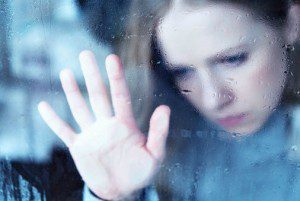 This is the next post in my series discussing situations in which a Las Vegas father must file for an emergency change in custody. My last post discussed warning signs that suggest a mother is abusing drugs or alcohol. In this post I will be discussing when a mother’s mental health condition begins to put the children in danger.

There are often many warning signs that a person is struggling and unable to properly care for children. It is important for a Las Vegas father to listen to any reports his children make that may be unusual. Details to pay attention to include if your children remark that their mother sleeps all day, does not eat, or cries frequently. Pay attention to whether your children appear to be bathed during visitations or if their clothing appears to be dirty. Observe if your children appear to be unusually hungry or report that they are not being fed. If they are in school, be aware of an increase in absences or any reports that they are frequently tardy. Individuals experiencing mental health symptoms often have difficulty performing daily tasks, including tasks that are necessary for a child’s ’ well-being.

Changing a Las Vegas, Nevada custody order is not meant to punish the mother but to protect the children

Many Las Vegas, Nevada fathers are reluctant to file for a change in custody when they know the mother suffers mental health issues. Many fear that the mother will not be able to handle losing her children. Removing children from the custody of a mother who is experiencing acute mental health symptoms is not meant to be a punishment and does not have to be a permanent solution. Raising children is stressful and often exacerbates symptoms while not allowing a mother the time necessary to address personal issues. Asking the Court for a temporary change in custody protects the children from a potentially dangerous situation and encourages the mother to get help. Visitation schedules can be arranged as needed and as is appropriate. While asking for a mother to be removed from custody on a temporary basis may seem like a difficult choice, the truth is that it may prevent a larger disaster. When it comes to your children, it is best for everyone that they be in a safe environment while their mother receives the medical treatment she needs.

If you know the mother of your children suffers from a mental health condition, and you notice warning signs that she has relapsed, contact my office today to schedule an initial consultation.