What to Expect from a Las Vegas Change in Custody Trial 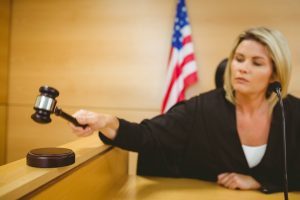 This is the next post in my series discussing what Las Vegas fathers can expect from the legal process when asking the court for an emergency change to the custody order. My last post explained the discovery process in emergency child custody cases and why it is important to a father’s request. In this post I will explain what will happen at the trial portion of the case.

All custody disputes are held in the Clark County Family Court and are presided over by a Judge only. There are no juries during a family trial. Most trials last about half of a day and are not drawn out over the course of multiple days. Unlike criminal or civil trials, family trials are relatively straightforward and the Judges are motivated to keep proceedings moving along.

During trial your attorney will present evidence to the Judge laying out the concerns regarding the request. Evidence presented might include facts which were revealed during the discovery process or any information which the father has. Witnesses may also be called, such as teachers, responding police officers, daycare workers, counselors, etc. First hand accounts from the children may be used, or your attorney may present police reports or other evidence. Once your attorney has presented your case then the other side will have a chance to present their own evidence. Your children’s mother may present her own evidence attempting to paint the father as incompetent or they may attempt to discredit your claims and evidence. The mother may present her own witnesses to testify in favor of her parenting skills or present other evidence that paints her in a favorable light. She may make an argument as to why she should retain custody, and may point out factors related to why she was awarded custody originally. At the end, each party will have an opportunity to respond to the other side’s claims against them. At the conclusion of the trial, a Judge will shortly make a decision. This decision may be to grant the custody change, keep custody the way it is, or in some instances, order some type of compromise.

It is important to remember that many family court cases are not cut and dry. The Family Court Judge understands that families are messy, that separated parents often hurl allegations at one another, and that the truth is often in the middle. An emergency change of custody will only be granted if it is clear that the safety of the children are in danger, and that the mother is failing in some essential way to be a stable parent. It is important for fathers to listen to the advice of their attorney, and act appropriately throughout the duration of the trial.

For more information on taking an emergency custody request to trial, contact my office today to speak with a fathers’ rights attorney.