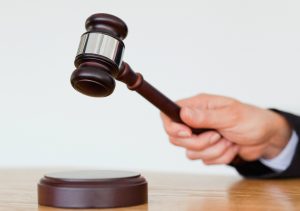 This is the next post in my series of articles discussing when parental abduction in Las Vegas, Nevada may lead to a change in child custody arrangements. In the last post, I provided an overview of the key subjects to be considered when analyzing this issue. I also stressed the importance of retaining a fathers’ rights attorney to assist with the process. In this post, I will explain what constitutes “kidnapping” by a parent. I will also review which types of activities will cause the Clark County Family Court to modify a custody order. If your co-parent is not complying with a custody order, contact my firm today to speak with a lawyer.

What is parental abduction under Nevada law?

Under Nevada state law, the act of detaining, concealing or removing a child from a person having a lawful custody right is considered abduction by a parent. When one thinks of parental kidnapping, it is not uncommon to envision the extreme set of facts: one parent absconding with a child and traveling out of the state, or even the country, without the permission of the other. There are, however, other less obvious activities that may also constitute the offense. For example, if one parent repeatedly refuses to return a child to the other at the court ordered exchange time, this could be considered parental abduction. On the other hand, returning a child fifteen minutes late because of a traffic jam would not. The Court will review the facts of each case to determine whether an offense has taken place and, if so, whether such actions justify a change in custody. Not only will parental kidnapping be seen as a violation of a custody order and contempt of court, but also as a potential criminal offense under certain circumstances, punishable by a fine and/or jail time.

When will a Las Vegas Family Court Judge modify custody as a result of parental kidnapping?

In some cases, the Clark County Family Court will modify a child custody order if parental abduction has occurred. As in any request to modify a custody ruling, the Court will review the specific facts of each situation to determine if such a change is in the best interests of the child. This is often viewed on a sliding scale weighing multiple factors. One element of high importance in the Court’s analysis, is the extent to which a parent fosters a relationship between the child and his or her other parent. Other important factors include among others, whether either parent has a history of violence or abuse, the child’s physical and emotional needs, the mental health of both parents and any previous abduction issues.

If, for example, a mother is willfully refusing to drop her son off with his dad every weekend in contravention of their custody order, then she may be committing parental kidnapping. The father may need to present evidence that her behavior is a pattern. The Court may review whether the mother has any legitimate reason for keeping her child away, such as the fear of imminent threat or abuse to herself or her child. If so, then the mother may defend her actions on such basis. If the mother simply finds it inconvenient to drive to the father’s house or is acting out of spite because dad has a new girlfriend, the Court will likely agree with the father. In this situation, the mother’s failure to foster a relationship with the other parent would likely not be in the child’s best interest and the court may modify the parent’s respective rights.

Given the seriousness of this offense and the complicated nature of the Court’s analysis, I cannot overemphasize the importance of involving a Las Vegas fathers’ rights attorney. I have experience with parental abduction cases in the area and am committed to diligently representing my clients. If you are involved in a case such as this, contact my office today to speak with a lawyer.