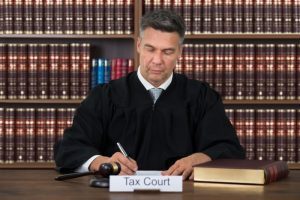 This is the next post in my series explaining measures a Las Vegas father can take if his child’s mother has taken out a temporary protective order against him. My last post stressed steps one’s attorney can take in order to have the order lifted. In this post I will explain why it is common for TPO’s to be taken out during child custody arguments and how Judges strive to remain fair.

Unfortunately, not all TPO’s are taken out in good faith; fortunately, Judges are aware of this phenomenon. During contentious child custody battles some women mistakenly believe that accusing the father of their child of domestic violence will help them gain full custody. This tactic is a serious allegation as many Judges will severely restrict a father’s access to their child if there is a demonstration of domestic violence against the mother or the child. However, if a father knows that he has done nothing wrong then there are several steps your attorney can take to protect your child custody case.

First your attorney will take steps to have the TPO quashed. This involves challenging the mother’s evidence or lack thereof. On the father’s end it is very important not to contact the mother while the TPO is in place and to keep detailed documentation of any contact the mother attempts to engage in. If the mother has a history of making false allegations of domestic abuse against the father or any other man then it is important for your attorney to be aware of this. It is also important for your attorney to know of any threats the mother has made against the father and to provide evidence of these threats if possible. Evidence may include emails, text messages, witness statements, etc.

If the mother has taken out a TPO, she may request an emergency, temporary change to the custody order while the case moves through the Courts. It will be important for your attorney to argue against such a request in the Clark County Family Court and that he or she be able to point to as much evidence against the mother’s credibility as possible. Along with the above evidence your attorney may also point to a lack of domestic violence history on the part of the father, history of domestic violence on the part of the mother, lack of criminal charges, lack of calls to the police, and lack of evidence that the father has posed any danger or harm to the mother.

If a TPO has been taken out against a father, particularly during a child custody dispute, a Judge will view this as a very serious allegation. But a Judge will also not make up their mind until they have heard the complaint and seen the evidence from both sides. If you have a TPO taken out against you it is important to contact a Las Vegas fathers’ rights attorney who knows how to handle the situation. Contact my office today.